The Different Faces of Domestic Violence 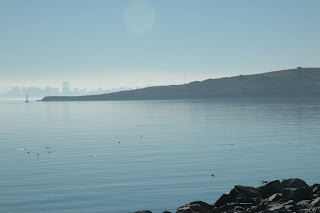 It is difficult to write this article.  It is a difficult topic.  Distasteful.  Ugly.  Sad.  We are more used to keeping this topic in the dark than willingly discussing it...which is exactly why we need to shine the light.  There are many articles that need to be written -- and that need to be read -- about domestic violence.  This short piece briefly touches on the people behind the labels.
There are a range of "victims" and a whole array of "perpetrators."  Most reported domestic violence is done by men against women; this isn't to say the vice-versa doesn't exist but it isn't as common (studies have put the number at 85% male to female violence).  Domestic violence happens across religions -- Jews, Muslims, Christians, Buddhists, etc.  Often domestic abuse is under-reported.  Maybe in part we don't see it because we don't want to look....
Most estimates concur that domestic violence occurs in 15% to 30% of all relationships.  Accurate numbers are hard to come by because of under-reporting and inaccurate reporting and inconsistent definitions.  We do know that domestic abuse occurs across the general population.  Whites, Blacks, Latinos, Asians, etc.  Rich, poor, and everything in between.  Its victims and perpetrators can be PhD. educated or lacking in formal schooling.  Young or old.  Domestic violence does not pick favorites.  (Many in this field refer to reported cases as the tip of the iceberg, believing that most cases actually go unreported.)
Under the Family Code in California, domestic violence includes:  hitting and threatening, and does not need to involve physical contact, although of course it often does; it can include verbal, psychological, and emotional abuse;  see, e.g., Family Code § 6320.
Recently a young woman was beaten by her boyfriend and the photographs ignited a conversation with the hashtag "SilenceHidesViolence" that has "gone viral".  In the last couple years awareness has been increasing.
I am not suggesting that domestic abuse is everywhere and unfortunately sometimes people call the police, file for a restraining order, make accusations, when there is no domestic violence.  Sometimes calling the cops is used as a weapon against the "other side" -- but comparatively, these cases are not the norm.  What I am suggesting is that we remain aware and open minded so we can see that domestic abuse can and does occur across all religious, ethnic, socio-economic, geographic, etc., etc., boundaries.  I have written this article to highlight the fact that domestic violence can touch your neighbor, your clergy, your professor, the clerk in your corner market, yourself...and by shining a light I hope we can help people come forward, get help, make things better...one family at a time....

Posted by Karen Juster Hecht at 6:11 PM No comments:

Karen Juster Hecht
I am a Mediator and Divorce Coach. My physical practice is in the Bay Area, CA; my virtual work is worldwide. I write this blog with the hope that I can help people navigate through their divorces and life transitions in a peaceful and sane manner. My own difficult divorce, my years as a courtroom litigator, and my varied life experiences give me indispensable real-life insights into the issues faced by my clients. I enjoy listening to my clients and meeting them where they’re at as we work together to build holistic solutions for their lives. I keep my practice small and manageable, which allows me to give my clients personalized service. My keen discernment and understanding of human nature serve me well in my work helping people sort through disputes, where emotion-based realities play a major role. ~ You can reach me at karen@karenjusterhecht.net and read more about my work at: www.karenjusterhecht.net ~ DISCLAIMER: The purpose of this blog is to provide information. Nothing on this blog constitutes specific legal advice and no attorney-client relationship is created. If you seek legal advice about your matter, you should search out an attorney of your choosing.